Social media is sharing of information, ideas, career interests and a lot more things and other forms of expression through virtual communities and networks. Social media is an interactive internet-based applications. Texts, posts, comments, digital photo or videos, are the lifeblood of social media. Users create their profile on social media which is maintained by social media organizations. Social media facilitate the development of an online social network by connecting a user with other different users, friends, and groups

Social media may have been influenced by the 1840s introduced of telegraph in the US, which connected the country. But telegraphs were sent only to one or two people and not a larger group of people, without the use of internet, so we can’t consider telegraph as the beginning of social media.

FIRST SOCIAL MEDIA SITES: The first two social media sites were SIX DEGREE and FRIENDSTER both of which are no longer used despite playing an influential role in the evolution of social media revolution.

The main aim of every business is to grow and to keep their customers happy, a business runs when it the customers are satisfied and happy. But how to have potential customers with the help of social media?

With nearly half of the population using social media it is easy to reach new and highly targeted potential customers. For example, when Absolut Vodka ran an Instagram campaign to promote its limited edition Sparke bottle, the company achieved a five point lift in brand awareness.

A UK study from Trinity Mirror Solutions found that more than half of adults do not trust a brand or company until they see ‘real world proof’ that the brand is keeping its promises. Many social media users log into their account multiple times a day, social media give you opportunity to connect with your users and followers every time they log in. By keeping your company’s social media post updated, entertaining and informative customers will be glad to see the new content in their feeds, keeping your company on the top of their mind, so that you are their first choice when they are ready to make purchase.

Social media ads and posts are the key to drive traffic to your company. Participating in social media chats, groups drive your customers attention towards you.  Lead generation is an important benefit of social media for business as many social networks offer advertising which specially helps to collect leads. For example, Renault Europe used Facebook ads  that allowed people interested in learning more about a new model to book a test drive directly from Facebook, just with a couple of taps.

Social media accounts are a critical part of sales funnel the process through which new contact becomes a new customer.

Key way to drive your followers and customers is to partner up with the influencer people who have large following on social media can draw that attention to your company which will lead to new customers. For example many big brands like Puma, Nike etc approach celebrities for the advertisement of there product and brand, as the celebrities already have large number of following on social media.

In the online world, things work fast. Social listening makes sure you are always informed about upcoming changes to your industry that could affect the way you do business. 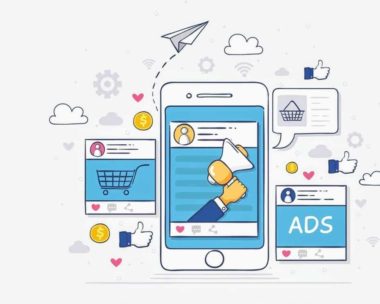 Send Us a Message

An email and phone call from one of our representatives.

Send us an email[email protected]